For the residents of Kitchener, the construction of South Kitchener District Park has begun at the corner of Fischer Hallman and Huron Road in the quiet community of Huron Park. This community has had a need for a district park serving the neighbourhood for a very long time. This was identified way back in 1991 and was repeatedly listed as a priority during the city’s strategic planning processes. In fact,this park was on the books longer than the community where it is located has existed. 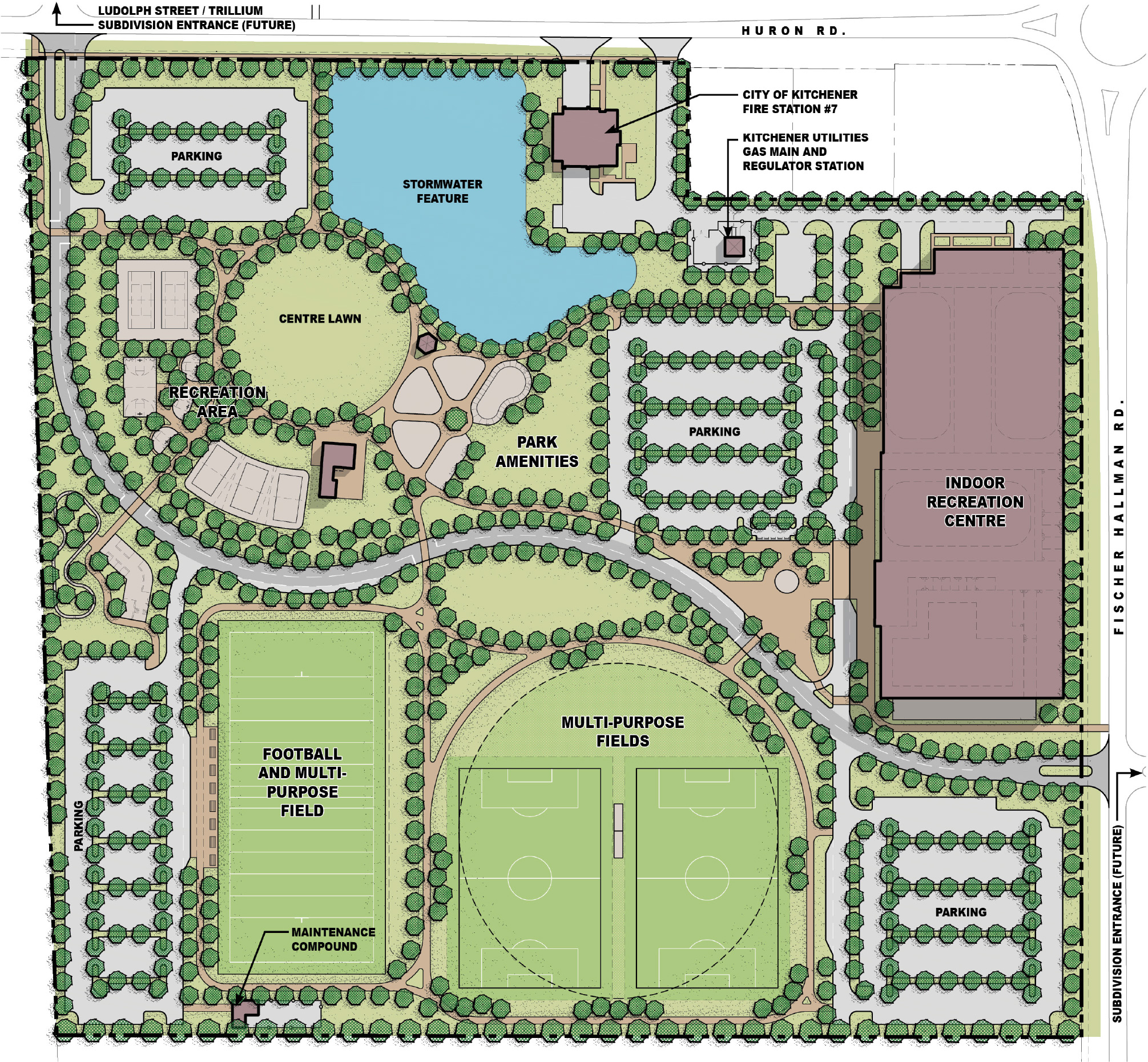 Future Plans
Just as Huron Park is a nice balance between city and nature, the new park is designed to include a balance of green space and multi-use trails among the many sports fields and recreation facility. The park will be built in three phases, beginning with two lit artificial turf soccer fields, a natural turf multi-purpose field, a natural open lawn area that could be flooded over to create an ice rink in the winter, a playground and a splash pad. Phase two will include multi-use trails, sports courts, a bike track and a skateboard park. There are plans in the final phase to build an indoor recreational facility unlike any other in our region, including indoor pool and soccer fields, as well as twin ice pads.

History
With the rich historical significance of the location of the park (the first settlers to our region arrived down the road in Doon) a unique opportunity to provide a visual reminder of our history to all park visitors has been presented. A farm house that dates back to 1861, built by Richard Sheard, a farmer who emigrated from Yorkshire, England, currently sits where the new soccer fields will be built. Considered a heritage building, this farmhouse is part of a collection of seven stone houses within a few kilometres of each other. An example of early Scottish settlement and craftsmanship, the farmhouse will be moved to another section of the park, preserved and re-purposed as the park washroom. I wonder what Farmer Sheard would have thought of that.

Kitchener-Waterloo, ON — There were 270 residential sales in January through the Multiple Listing System (MLS® System) of the Kitchener-Waterloo Association of REALTORS® (KWAR), a decrease of 18 per cent compared to January 2017.

“On the surface, activity appears to be somewhat sluggish in January, says Tony Schmidt, KWAR President. “However if we set aside the past two years, it was a very typical January in terms of the number of sales. What is less typical is that listing inventory is still at historic low levels, and we continue to see multiple offers on properties putting upward pressure on prices.”

Total residential sales in January included 149 detached (down 23.6 per cent), and 70 condominium units (down 11.4 per cent) which includes any property regardless of style (i.e. semis, townhomes, apartment, detached etc.). Sales also included 27 semi-detached homes (down 18.2 per cent) and 22 freehold townhouses (up 10 per cent). 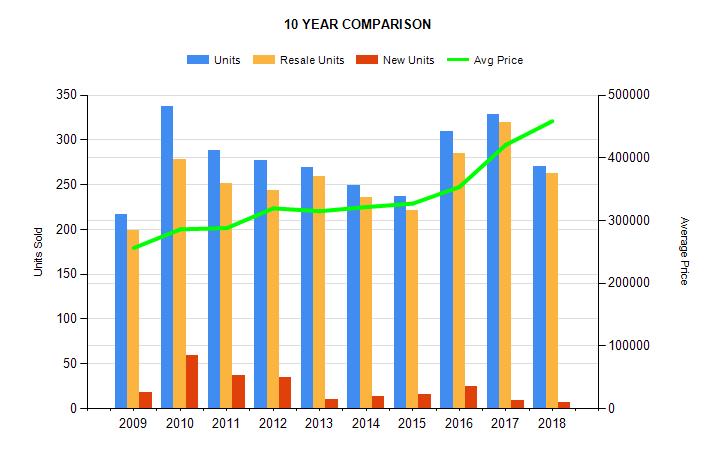 “While the tougher mortgage rules that came into play on Jan. 1 have sidelined some homebuyers, the reality is we’re still experiencing more demand than supply right now,” says Schmidt.

REALTORS® listed 486 residential properties in K-W and area last month, an increase of 10.45 per cent compared to January of 2017. The number of active residential listings on the KWAR’s MLS® System to the end of January totaled 588, which is 56 per cent more than January of last year, but still well below the previous ten-year average of 1507 listings for January. Months of inventory continues to track at a low 2 months.

The average days it took to sell a home in January was 32 days, compared to 23 days in January 2017.

While the majority of MLS® System activity is properties for sale, REALTORS® also represented landlords and tenants in 51 residential leases in January, an 18.6 per cent increase compared to January 2017.

Schmidt says, “There is no question that the expansion of the stress test on mortgages is going to be hard on consumers. For those entering the market, the stress test combined with higher borrowing costs is going to push some buyers out of their desired market. Some homebuyers will be looking to other areas, and more affordable housing types, which is a vicious circle. For some home hunters, Waterloo region is still seen as one of the more affordable markets.”