We often hear news articles about the air quality, especially during the summer months. But as the winter month’s near, it is more important than ever to make sure your home’s air is fresh and healthy.

Newer homes will often have the benefit of a Heat Recovery Ventilator (HRV) system which supplies continuous fresh air from outside of the home, while recovering a portion of heat from the stale air that is exhausted outside to avoid unpleasant drafts. With building regulations creating a relatively air-tight envelope it has become beneficial and even necessary to make sure that fresh air is regularly brought into the home.

Now what can you do if your home is older, or if you live in a condo or apartment that does not have an HRV system installed? I advise investing in a good quality air purifier which can reduce allergy or asthma symptoms, reduce dust, remove odours, or sanitize.

Depending on the room you plan to use your air purifier in, choose your unit based on the square footage and your needs. HEPA filters can clear the air of dust, pollen, pet dander, smoke and almost all pollutants present in the air. Finally, look for the AHAM industry seal to ensure your unit is certified. All AHAM certified units will bear a clean air delivery rate (CADR). This rating signifies the amount of filtered air being output. The higher the CADR number, the more powerful the unit. 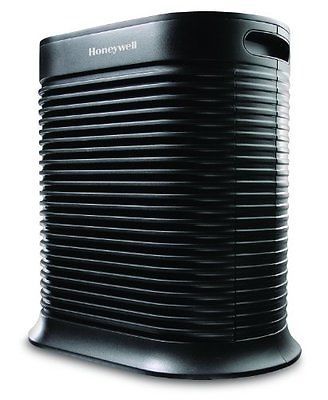 There are three main types from which to choose: portable true HEPA, portable HEPA-type and whole-house UV air treatment. For our family, we’ve used a True HEPA Large Console Honeywell Model #HPA300C that we purchased from the Home Depot. We’re really impressed with its performance and it has helped to address hay fever and dust allergens in our home which is a great help for getting a good night’s rest.

If you’re thinking about how you can help you and your family increase the quality of air and health at home, then think about getting an air filtration system. For more information on HEPA filter types click here.

After home ownership, the second investment that Canadians love to spend their money on most are home renovations. While this can be a worthy adventure, it can also be the source of a headache if you’re renovating solely for the purpose of resale value.

Why? When you’re renovating for your enjoyment, you’re using or benefiting from the update or renovation until you decide to move and sell. On the other hand, if you’re thinking about selling soon and decide to do a big renovation costing tens of thousands of dollars, you may not necessarily see that financial or personal return. Suddenly overindulging in Italian marble or adding that breakfast nook no longer benefits you as much as you thought it would.

Ultimately it comes down to the state of the market and how that affects the sale price. The sale price, as we have seen in the local and national markets in the last year has little to do with what you as a homeowner wants to net, what your neighbour thinks your home is worth, or even what your bank appraiser concluded. This is because the sale price is determined by what the market will bear. What is a buyer willing to pay for your home? Or in light of last year, what were buyers willing to bring to the negotiating table when several offers were to be considered?

After nearly a year of wildly ascending home prices, most of us know it has been an excellent time to sell; but this principle surrounding sale price also applies when the market cools. Yes, the market is always changing. Mortgage rates, minimum wage policies, and other factors affect the market balance and can turn a seller’s market into a buyer’s market.

We’ve seen a great case for home renovations that can give a great financial return, so it’s a good time to reassess renovation plans now that more balance is returning to our real estate market. Staying up-to-date on home sales trends will help you make the decisions that will balance your financial and personal goals with your pocket book. That’s why talking to a REALTOR® is a great way to build a partnership with a professional who actively knows the market and can advise you before, during and after your sale. They’ll also help you narrow in on the most advantageous listing price. After all, don’t we all want to make smart decisions in real estate? The sale and management of your investment will likely be one of the largest transactions of your lifetime.

August 2017 is the third month in a row in which the number of residential properties being sold has not surpassed the previous year’s unsustainable record rate of sales.

A total of 482 residential sales occurred in August, 19.2 percent below August 2016’s record-breaking 598 units sold. This August’s statistics for sold residential properties are also the third lowest in the last 7 years with 475 sold in 2010, and 459 sold in 2015. However, they remain higher than the 5-year August average of 473 units sold.

These numbers follow June 2017’s 3.2 percent and July 2017’s 5.1 percent decrease, compared to the previous year respectively. Part of this deceleration in sales has been due to changing mortgage rules, along with a number of policy changes enacted by the government to regulate prices, as well as income tax changes that have tightened the screws on home ownership potential. More homes coming to market has also given buyers more choice. 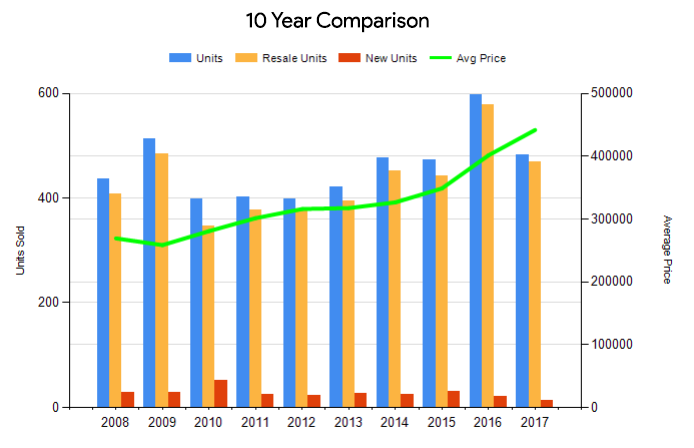 A history of data indicates a steady rate of sales that underlines the viability of Kitchener-Waterloo as a great place to live, own and invest.

Where does your home stand?

The average sale price of all residential properties was $441,992, an increase of 10.1 percent.

What does all that mean?

Buyers: The market is seeing some returning stability due to increased inventory and potentially less competition due to regulations and policy.

Sellers: It’s a seller’s market as home prices continue to climb and inventory remains comparatively low in our attractive region.

All residential homes continue to increase in value, with a noticeable jump in the sold prices of apartment-style condos.

If you’d like an accurate valuation of your home, contact us for a complimentary assessment. The condition of your home, location, and other key factors matter. For more on the official report on August’s K-W Market Update including statistics from Wellesley, Wilmot and Woolwich Townships, click here.

Well if you live in Ontario, close to Toronto, the answer is yes! If you have been congested, your eyes itching and your throat scratchy since mid-July, you may have a ragweed allergy. This ubiquitous plant is rampant in Ontario and Quebec and is an unwelcome specimen to lawns and fields everywhere. Causing annual epidemics of hay fever for millions, it has even been known to trigger asthma. So what can you do to reduce your symptoms?

Outside of moving to the east or west coast (Call me if you decide to make the jump!), you can help reduce you or your family’s discomfort with a few simple guidelines:

1. Identify the plants early in the summer and pull out these interlopers from your lawn and property by July. This will prevent flowering and the spread of the harmful pollen.

2. If the plants have already begun to spread their pollen, pull or mow those plants down to reduce the seed spread for next year. The seeds can survive for 40 years!

3. Close doors and windows and use the air conditioner along with HEPA filters.

4. If you miss the fresh air and sunshine, avoid having the windows open during the morning when pollen counts are highest and check for the pollen count on your local weather network for days of high pollen activity.

5. Purchase an air purifier for the bedroom. They’re a sound investment by also helping to tackle dust mites and even kill germs.

6. Avoid hanging your clothes out to dry during mid-July to October. Your clothes will turn into a pollen trap!

7. Finally, if you’ve got a serious allergy to ragweed and the usual Claritin doesn’t do enough, see your family doctor who can refer you to an allergist. The allergist will conduct a simple skin test on you. From a program of immunology shots over several months to Pollinex which is a 4 week program taken in July, there could be a good solution for you.

With these tips, I hope that you may be able to find some relief and enjoy the last warm months of the year!

If you have a secret tip on how to reduce ragweed symptoms, please share! Allergy sufferers will thank you (achoo!)